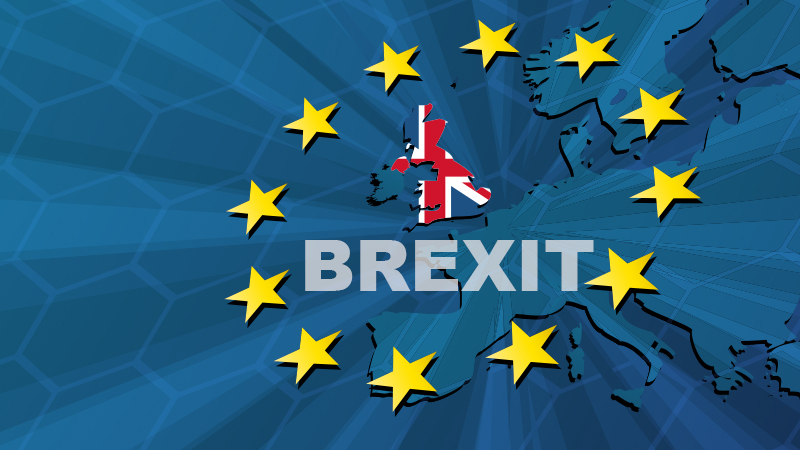 On 23 June 2016 a referendum was held in the United Kingdom by which British citizens had their say on whether to remain part of the European Union or leave (leave or remain). The majority of the voters voted in favour of the exit (so-called. Brexit).

The negotiators have had a 2-year time frame for concluding the agreement, starting from the date when the application of Article 50 was requested. Following a request by the United Kingdom, this period was subsequently extended by the European Council until 31 January 2020. The agreement on the United Kingdom's withdrawal from the EU was approved by the qualified majority of the member states, obtained the European Parliament's consent on 29 January 2020 and became effective on 1 January 2021.

As from 1 February 2020, the United Kingdom is no longer an EU Member State and is no longer represented in the European institutions.

The withdrawal agreement envisaged a transition period until 31 December 2020 during which the EU legislation continued to apply as if the United Kingdom were still a Member State.

As from 1 January 2021 UK operators pursuing business in the European Union (therefore also in Italy) are subject to the regulation applicable to entities from third countries, without prejudice to the provisions of decree-law no.183/2020 "Milleproroghe" (Thousand Extensions Decree) of the Italian Government, introducing specific national transitional measures for existing contracts.

What happens after Brexit?

As from 1 January 2021 UK insurance undertakings and intermediaries, which are now third-country operators, may no longer pursue business under the European passport regime but must be authorized by IVASS to take up insurance business under the right of establishment from a non EEA country (Branch of an insurance undertaking from a third country, Section II of the Register) according to the provisions of the Insurance Code and of the relevant regulations. They cannot, however, pursue insurance business in Italy by way of free provision of services.

According to the “Milleproroghe” decree-law, insurance undertakings with head office in the United Kingdom which, until 31 December 2020 were licensed to carry out business in Italy under the right of establishment and/or the freedom to provide services, have been removed from the lists kept by IVASS as from 1 January 2021. These undertakings shall continue their business limited to the management of existing covers, without commencing new business or renewing existing contracts, until their maturity or until any other deadline defined by the undertaking in a specific plan to be submitted to IVASS. IVASS shall ensure adequate public disclosure of this activity.

Consumers (policyholders, insureds and those entitled to insurance benefits):

For further information on this point see the dedicated FAQ.

IVASS, in collaboration with EIOPA (European Insurance and Occupational Pensions Authority) and the other national authorities, is following the adoption and correct implementation of contingency plans and fair disclosure to policyholders on the possible consequences of Brexit.

On 3 October 2018 IVASS sent UK undertakings pursuing business in Italy a letter, drawing their attention to the need to take the following action without delay:

On 10 November 2020 IVASS published a Press release informing Italian policyholders on the effects of Brexit on UK insurance operators and on existing contracts.

Communications relating to a no-deal Brexit scenario, no longer relevant and applicable, are available at the following link.

Links to other Supervisory Authorities' Webpages on Brexit

INFORMATION ON MEASURES TAKEN BY THE ITALIAN GOVERNMENT

Interventions by the European institutions

up Actions for protection